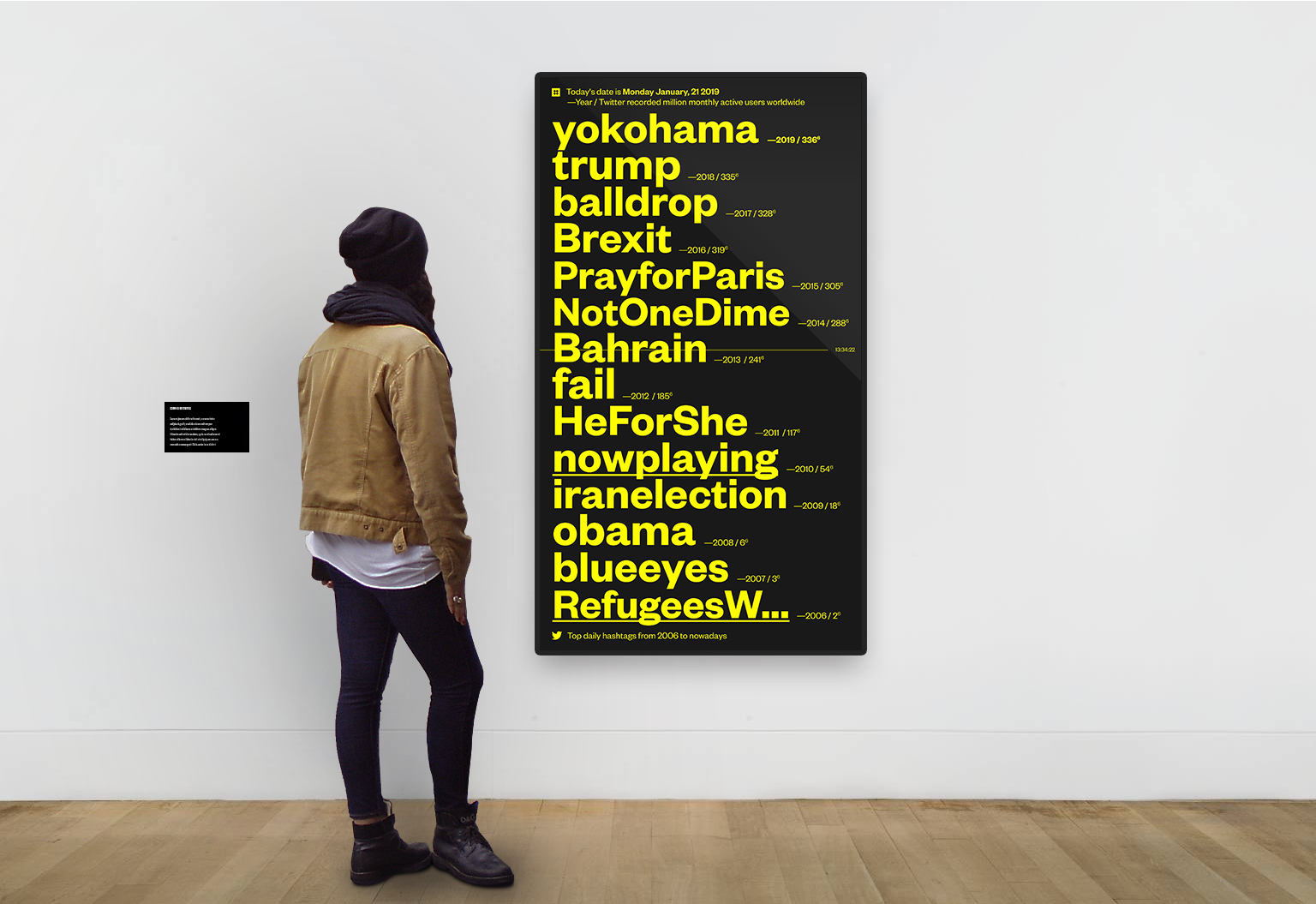 FOKS lab developped the artistic piece #HashedTime presented in Turin in the Wild Mazzini gallery. This is the artist who speaks the best of the piece ! David Bihanic explains you #HashedTime below

“Even a stopped clock is right twice a day.” — Marie von Ebner-Eschenbach

“#HashedTime” is an original data artwork offering to follow in realtime the selection of key hashtags and image contents on the social networks Twitter and Instagram. More than a ‘snapshot’ of ongoing discussions and productions, this work allows the spectators/viewers to compare, and thus establish links between favourite words and images across time (from 2006 to nowadays), depending on today’s date: for instance, on Octobrer 7, 2006, 2007, 2008… 2019. This way (featuring a read-off vertical of time), it becomes possible to track subjects people care about, as well as to guess their passion — in other words, the crowd’s enthusiasm mounting, the fervor which erupt on the web —, more broadly to follow the public debates and polemics. From this data board which constantly evolve, it emerges the picture of a deeply unstable world, a world of increasing uncertainty which recurrently oscillates between union and disunity, agreement and contradiction, a world on all sides crossed by doubt, contingency, steeped in controversy and animated by an endless variety of emotions.

I worked with David Bihanic to achieve this artistic piece. We know each other for a long time and wanted to collaborate on an original project. The work is exposed in Wild Mazzini gallery in Turin / Italy. 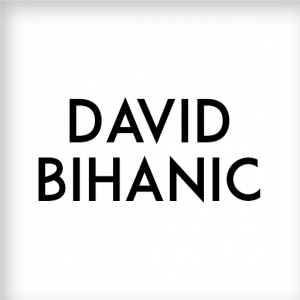 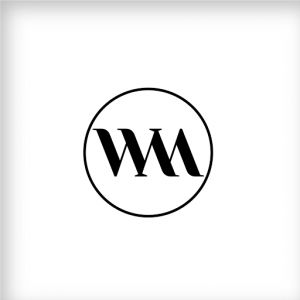