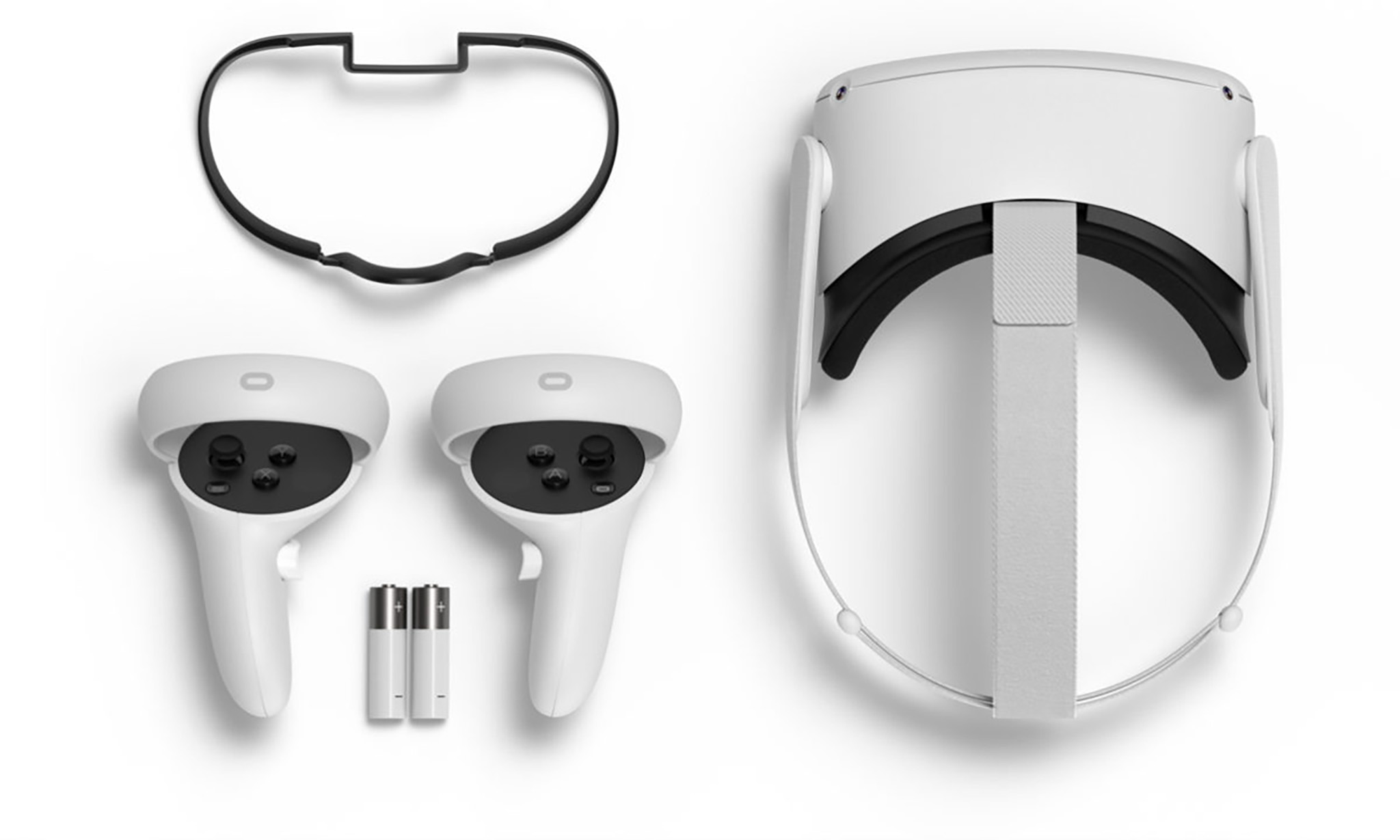 A new VR headset is here : Oculus Quest 2 ! You can already pre-order it on Oculus website … but what is bringing us this new headset from Facebook ?

I will try to summarize quickly what has been announced :

NB : it seems Quest 2 will need a Facebook account to use it … many people forecasted that point !

That’s not a revolution but more an upgrade of the Quest. Quest 2 weight is 10% lighter, processor power is increased and resolution too (replacing OLED displays by LCD ones). I am keen on my Quest and this new release seems quite interesting for whom would like to buy his first headset ! It is a really good price/performance ratio.
For instance choosing the 256Go version (450€) and adding the fit pack (40€) and elite strap (140€, strap + additional battery included & storage bag) you will need a budget of more or less 630 € and nothing more to add next (but who knows : maybe somedays eyetracking system will come as an accessory !).

Facebook is working with RayBan to create smartglasses in 2021. I first thought that it will be an Augmented Reality pair of glasses but it seems to be « only » smartglasses without an integrated display.

Simultaneously Facebook announced the Project Aria which targets to « help to build the first generation of wearable Augmented Reality devices ».  Nothing displayed on these glasses since it is more a device to acquire the environment, in order to imagine what we can process to give « smart information » to the user in future.